Get the best list of top 25 Inspirational Guitar Quotes from this article. I think you would love this to read the quotes and you’ll be motivated.

“Music doesn’t lie. If there is something that needs to be changed in this world, then it can only happen through music.”

“Most people are prisoners, thinking only about the future or living in the past. They are not in the present, and the present is where everything begins.”

“I wanted to create music that was so different that my mother could tell from anyone else.”

“Finding ways to use the same guitar people have been using for 50 years to make sounds that no one has heard before is truly what gets me off.”

“Music is a necessity. After food, air, water and warmth, music is the next necessity of life.”

“I don’t even know if I can take the credit for writing ‘Cliffs of Dover’. It was just there for me one day, literally wrote in five minutes, kind of a gift from a higher place that all of us are eligible for. We just have to listen for it and be available to receive it.”

“Notes and chords have become my second language and, more often than not, that vocabulary expresses what I feel when language fails me.”

“If you want to be a rock star or just be famous, then run down the street naked, you’ll make the news or something. But if you want music to be your livelihood, then play, play, play and play! And eventually, you’ll get to where you want to be.”

“I’d think learning to play the guitar would be very confusing for sighted people.”

“Success is falling nine times and getting up ten times.”

“Just as Blues player can play 20 Blues songs in a row but find a way to make each one different. I always want to find different ways to do something”

“Lots of people who complained about us receiving the MBE received theirs for heroism in the war — for killing people. We received ours for entertaining other people. I’d say we deserve ours more.”

“When all the original blues guys are gone, you start to realize that someone has to tend to the tradition. I recognize that I have some responsibility to keep the music alive, and it’s a pretty honorable position to be in.”

“I believe every guitar player inherently has something unique about their playing. They just have to identify what makes them different and develop it.”

“Whenever I get down on my playing, I just bend a note, shake it and listen. What I hear sound so great it makes me realize that even a rut doesn’t suck.”

“I’m pretty basic as far as technique is concerned. I don’t use many gadgets, and I like the sound my guitar makes, anyway.”

“The beautiful thing about learning is nobody can take it away from you.”

Chet Atkins chet atkins guitar quote“Everyone has their own sound, and if you’re heard enough, folks will come to recognize it. Style however, is a different thing. Try to express your own ideas. It’s much more difficult to do, but the rewards are there if you’re good enough to pull it off”
Frank Zappa frank zappa guitar quote
Original Img Src: rockhall.com

“If you really love guitar, you’re going to spend every waking hour stroking the thing.”

“As long as you’re excited about what you’re playing, and as long as it comes from your heart, it’s going to be great.”

“I would advise you to keep your overhead down; avoid a major drug habit; play everyday and take it in front of other people. They need to hear it and you need them to hear it.”

“I came from the last couple of years in a generation where we didn’t have a computer around so we didn’t waste as much time on the internet as we do now so I had large chunks of time which to devote to doing something.”

“My guitar is not a thing. It is an extension of myself. It is who I am.”

“The time I burned my guitar it was like a sacrifice. You sacrifice the things you love. I love my guitar” 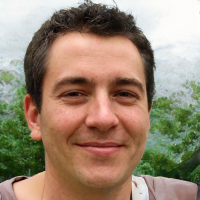 Joy Smith Administrator
Hi, I am Joy Smith and I love to play guitar daily. I got into guns when I was around 22 and started with YouTube videos, scouring forums, and eventually taking a bunch of classes. I soaked up as much information as I could online, at competitions, and from tinkering in my workshop. Now I hope to answer some of yours!
email
guidejoydeep@gmail.com